A cold drive this morning, honked at every green car I saw.  Kind of spooking them a bit I believe.  Question, why do people drive 70 in an 80 zone?  Can never figure that out.  On to today’s songbook.

A bit of country today, although it is getting hard to call country, country these days.  More like bluesy rock nowadays.  At any rate, we have The Lone Bellow playing “Take My Love” from their 2015 album, “Then Came the Morning”. 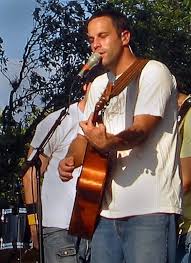 A bit of live country today.  Nicely crafted tune, great growth to a nice ending, with terrific vocals, and, of course, live.  The best way to listen to anything is the real thing.  Support live music in all it’s forms.  Enjoy a now 2-year-old tune from The Lone Bellow titled “You Never Need Nobody”.

I first heard this band, the Lone Bellow, from another one of my sources for new music, this being the iTunes free single of the week.  Don’t know if this happens in other countries, but in Canada they give away a song every week.  I religiously download it without listening.  If I like it great, it stays, if not, I will search them out on YouTube and elsewhere to confirm or refute my thinking.  Chalk this one up as a refute.  I did NOT like the freebie, but found that I liked pretty much everything else they did.  The band is a Brooklyn trio, and they show a powerful country rock variant that can easily cross over into pop, rock, roots or folk.  As an aside, is it my imagination, or is New York City, England and Canada beginning to dominate the new music scene.  It seems everything I have brought up here, has come from these places.  No matter, good is good.

The Lone Bellow on iTunes